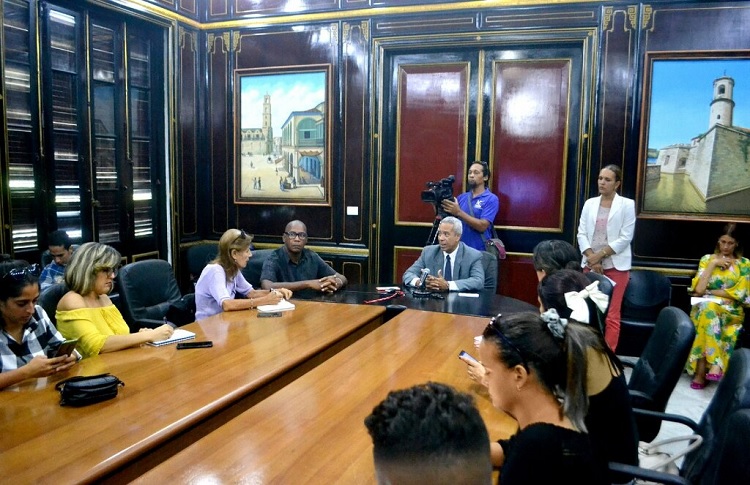 Havana, Cuban, Oct 24, (ACN) The 38th International Havana Trade Fair (FIHAV 2022), to be held in November, will encourage suppliers of raw materials for the Cuban ago-industry, renewable sources of energy and other important economic sectors.

The president of the Cuban Chamber of Commerce, Antonio Carricarte, told reporters on Monday that the event will expose the national development program up to the year 2030 and pursue resources to overcome the impact of the world logistics crisis stemming from the COVID-19 pandemic, as well as the effects of the US economic blockade against the island nation.

Actions to develop wholesale and retail markets through foreign investment will also be favored at the fair in tune with the recent government measure allowing foreign companies to invest in this areas, said the official.

So far nearly 400 foreign companies from 60 countries have confirmed attendance at the Havana fair, while other enterprises are still to be confirmed.

Meanwhile, some 170 Cuban state and private companies are already registered to take part at the event, most of the export enterprises, said Carricarte and noted that the fair will display the Cuban export potential in areas like biopharmaceuticals.

The Cuban Chamber of Commerce will activate bilateral committees with nations like Hungary, Italy and France to promote the local interests, said its president and went on to assure that the opportunities for investment here by Cubans living abroad will be an issue to be dealt with during the fair, running November 14-18.

The fair, which takes place after two years of absence due to the COVID-19 pandemic, will include an investment forum allowing bilateral exchange between Cuban, foreign entrepreneurs and potential investors.